The Windsurfing Movie II was the most anticipated windsurfing film released in recent years following the resounded success of the first Windsurfing Movie film released in 2007.  Filmed and produced by Poor Boyz productions who gained their fame in the ski film industry and are now invested in a broad range of film projects including Red Bull Media House productions like “Who is JOB”. Poor Boys have built quite the trophy case since they were founded in 1995, winning awards from IF3, the Powder Awards, X-Dance Film Festival and the ESPYS.  The Windsurfing Movie 2 featured legends of Windsurfing like Robby Naish, Jason Polokow, Mark Angulo, Levi Siver and Kai Lenny. Needless to say the pressure to create an iconic identity and promotional package for this new film was a challenge we relished. 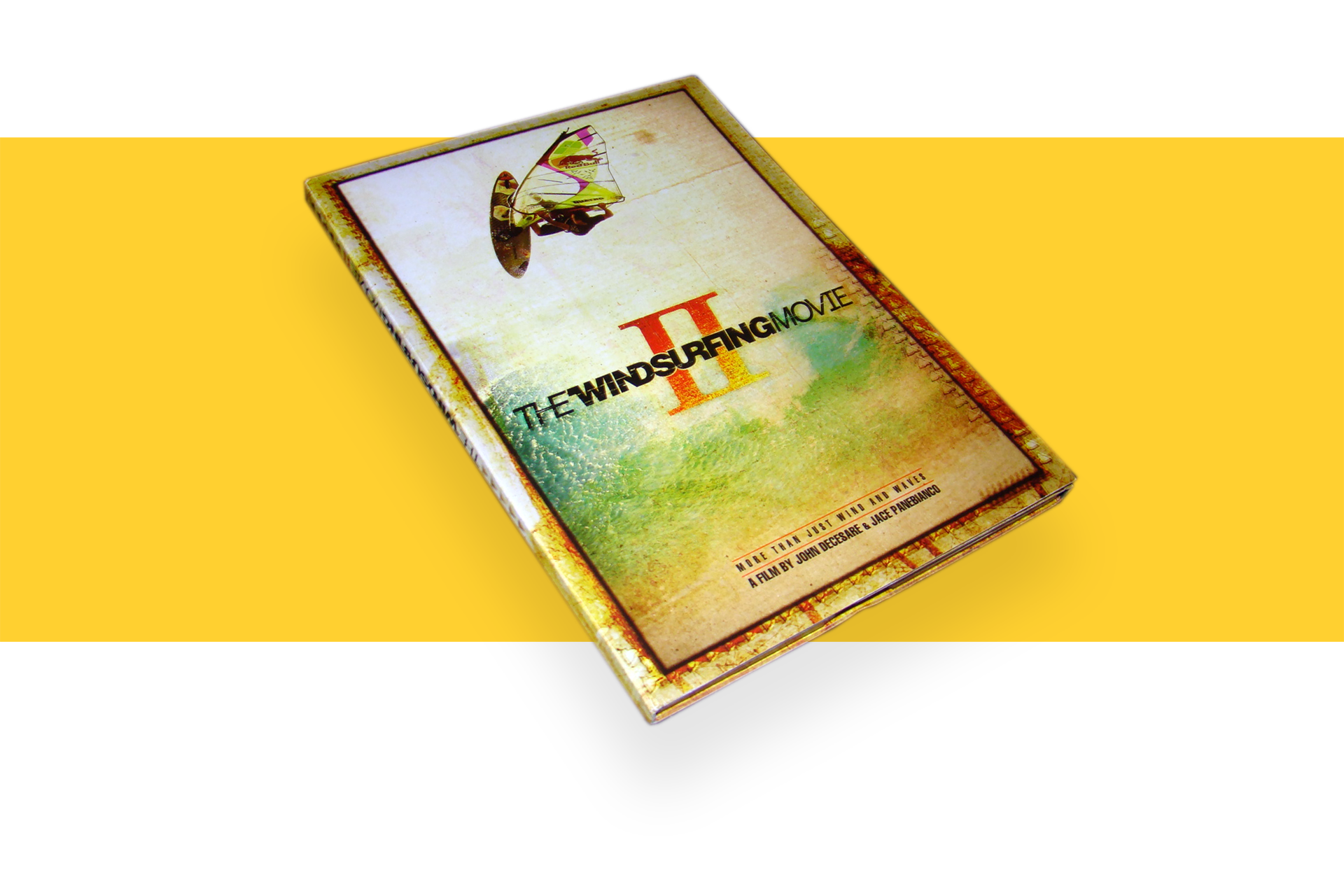 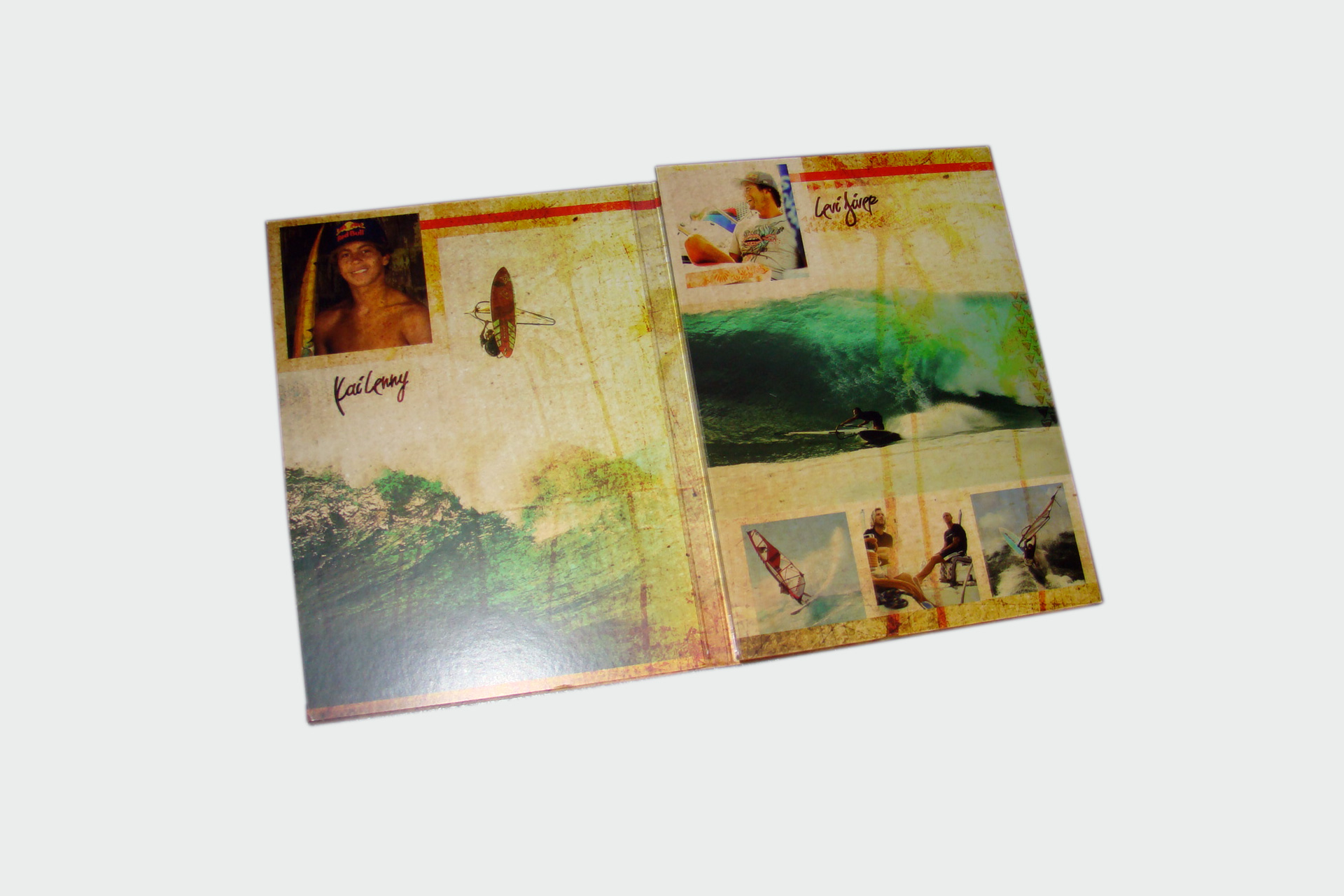 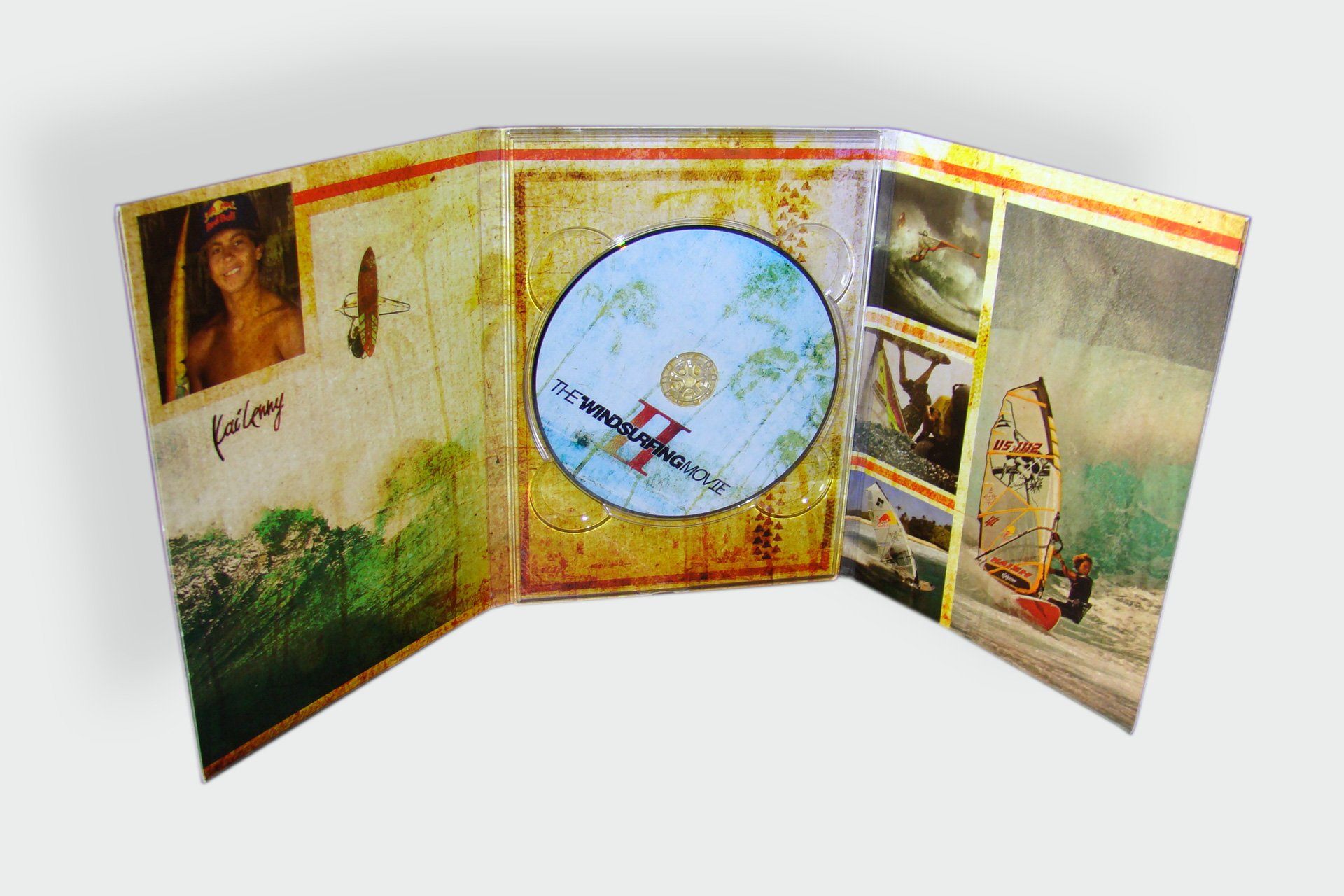 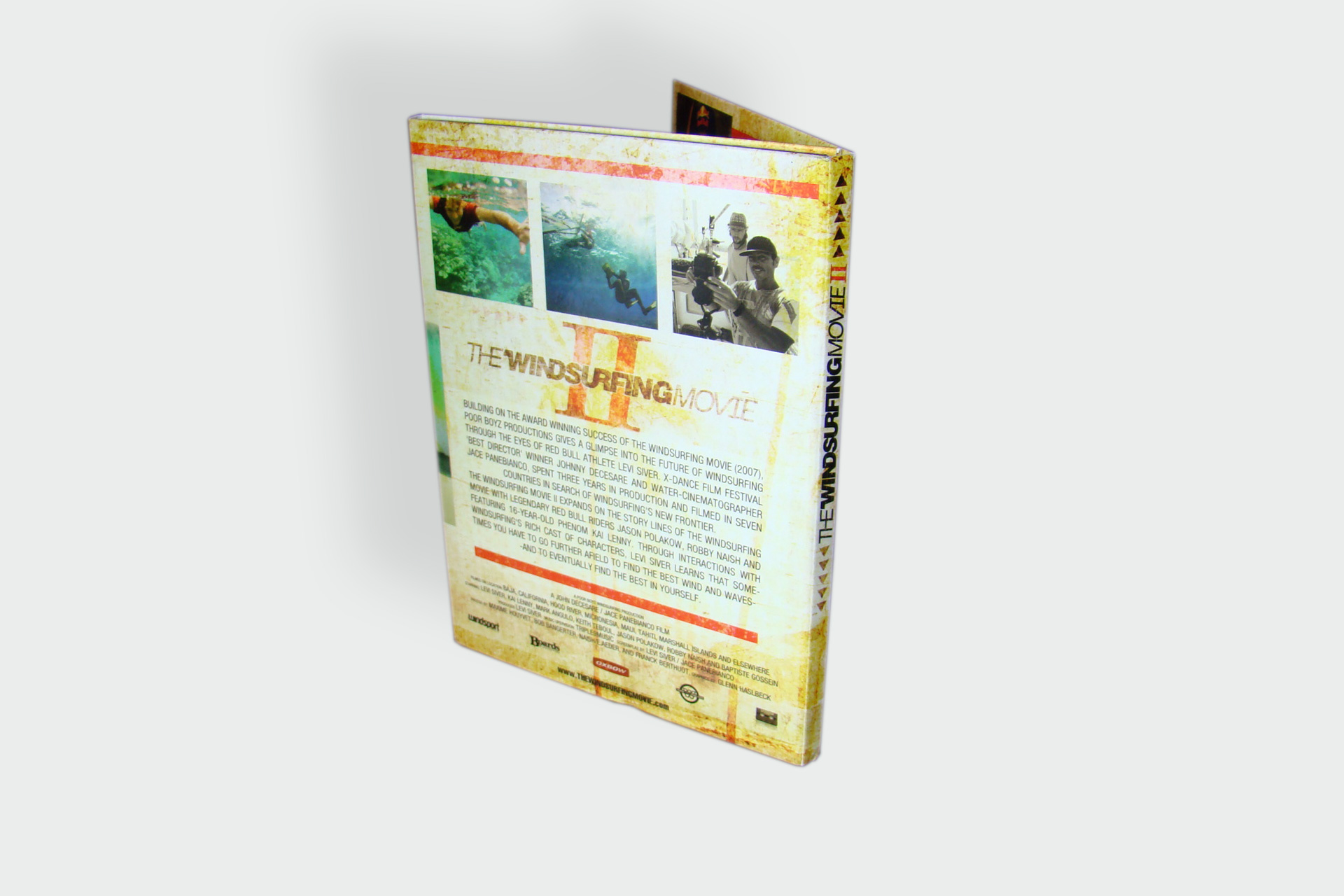 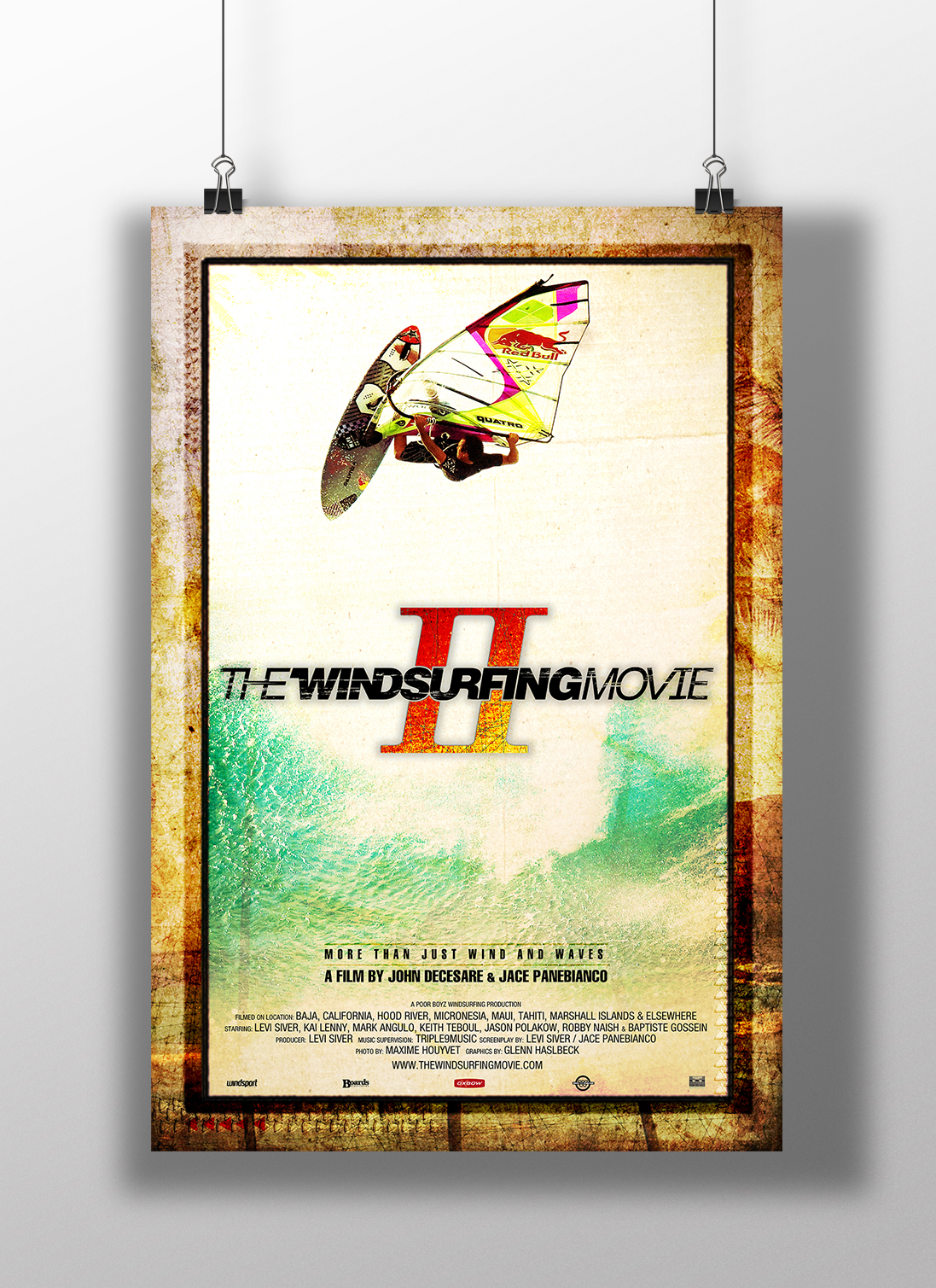 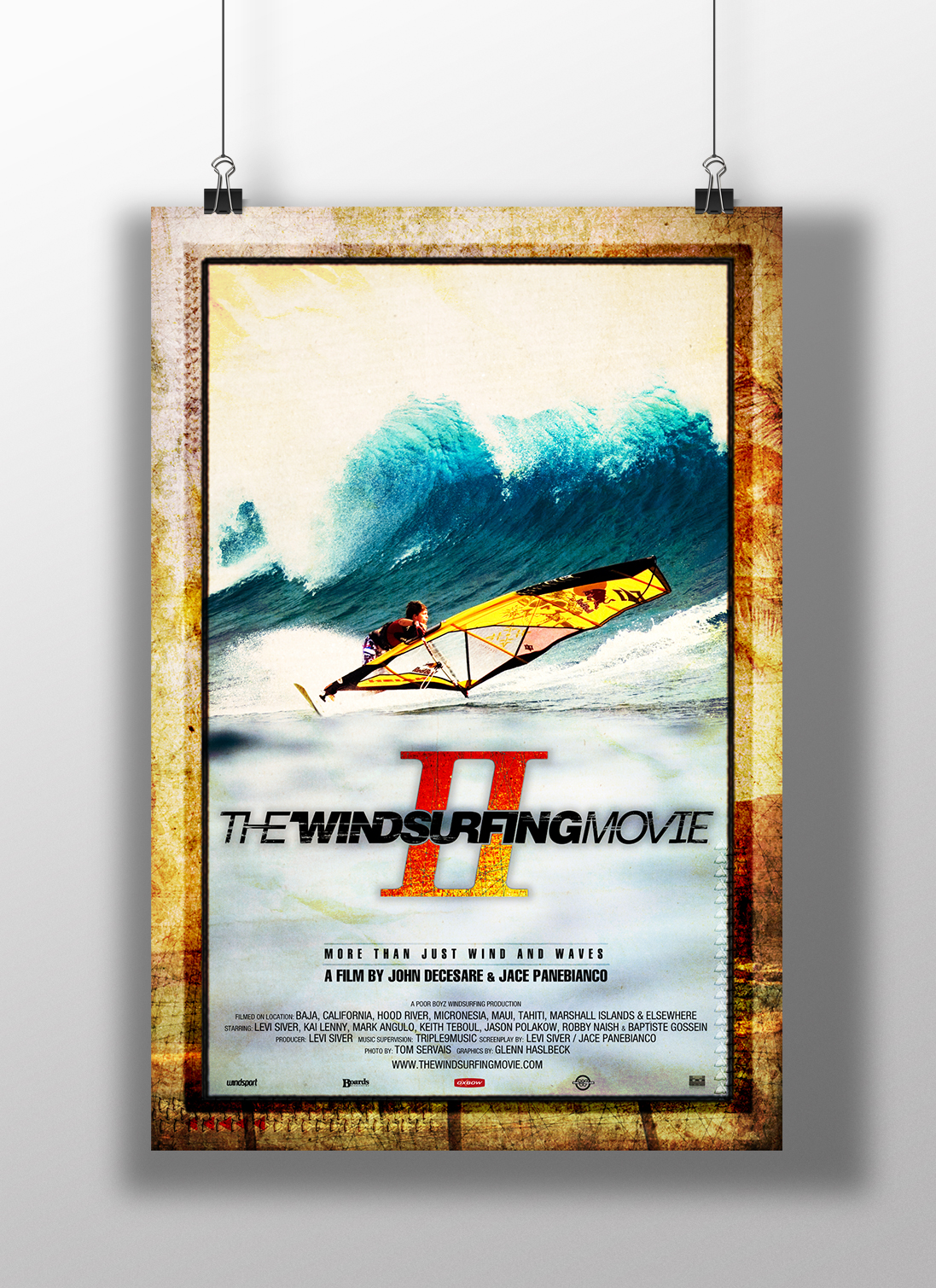 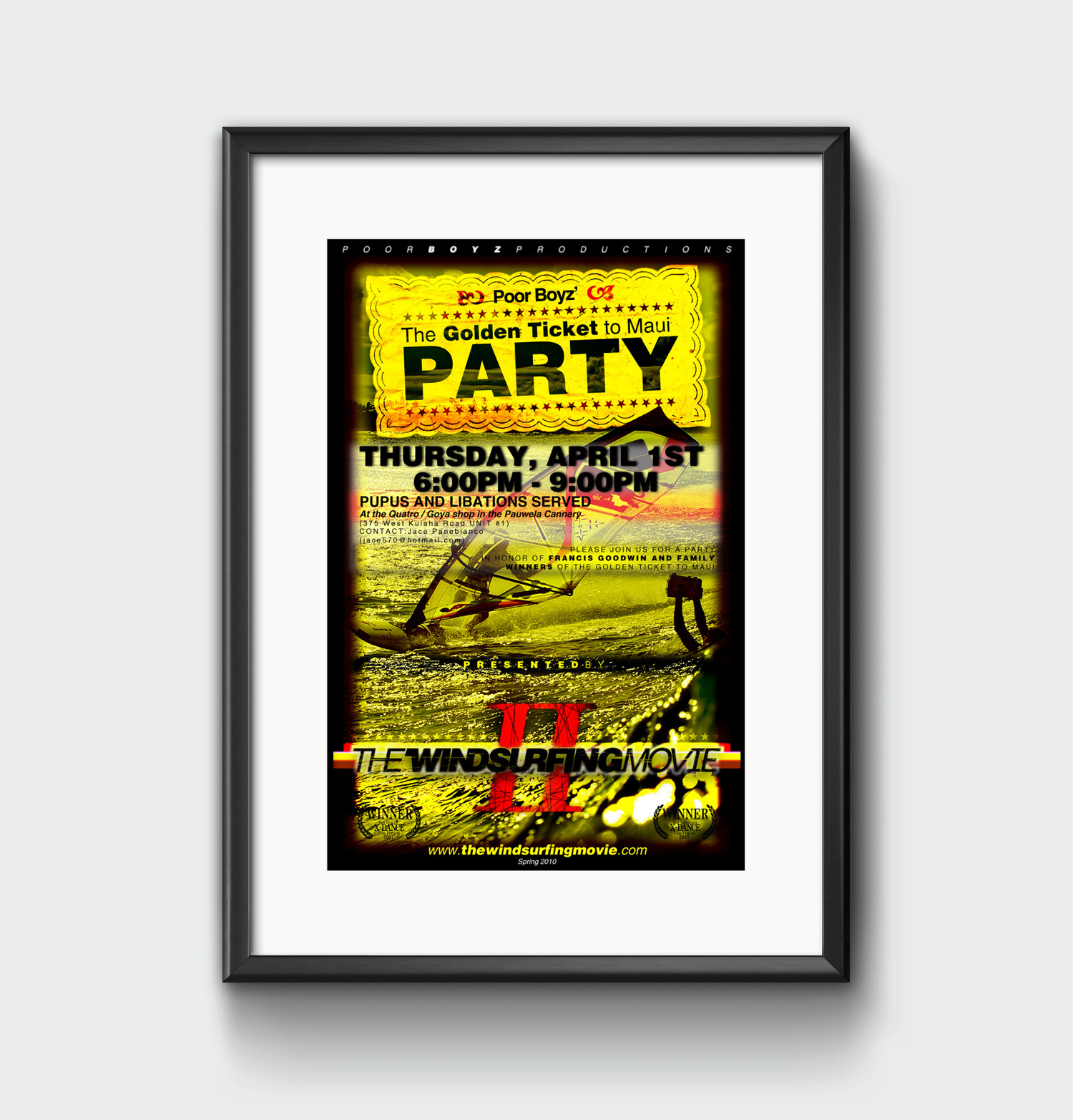 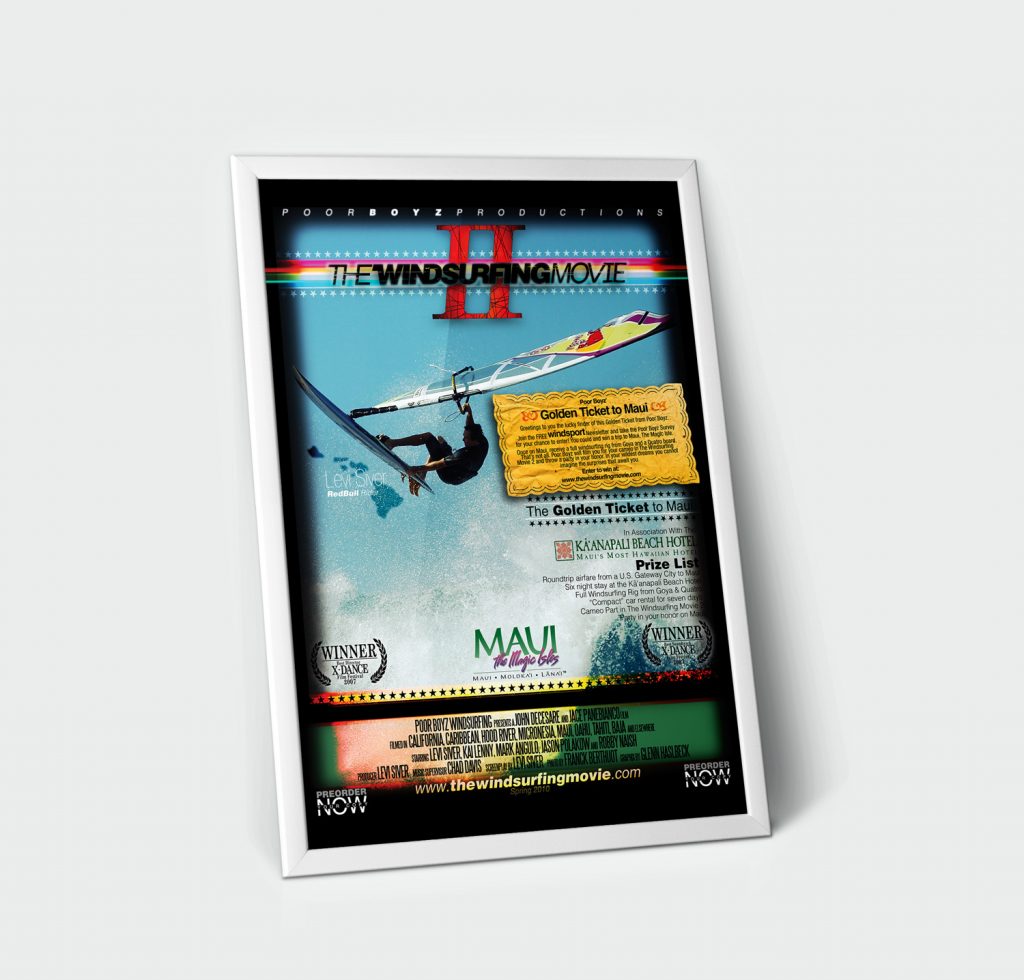 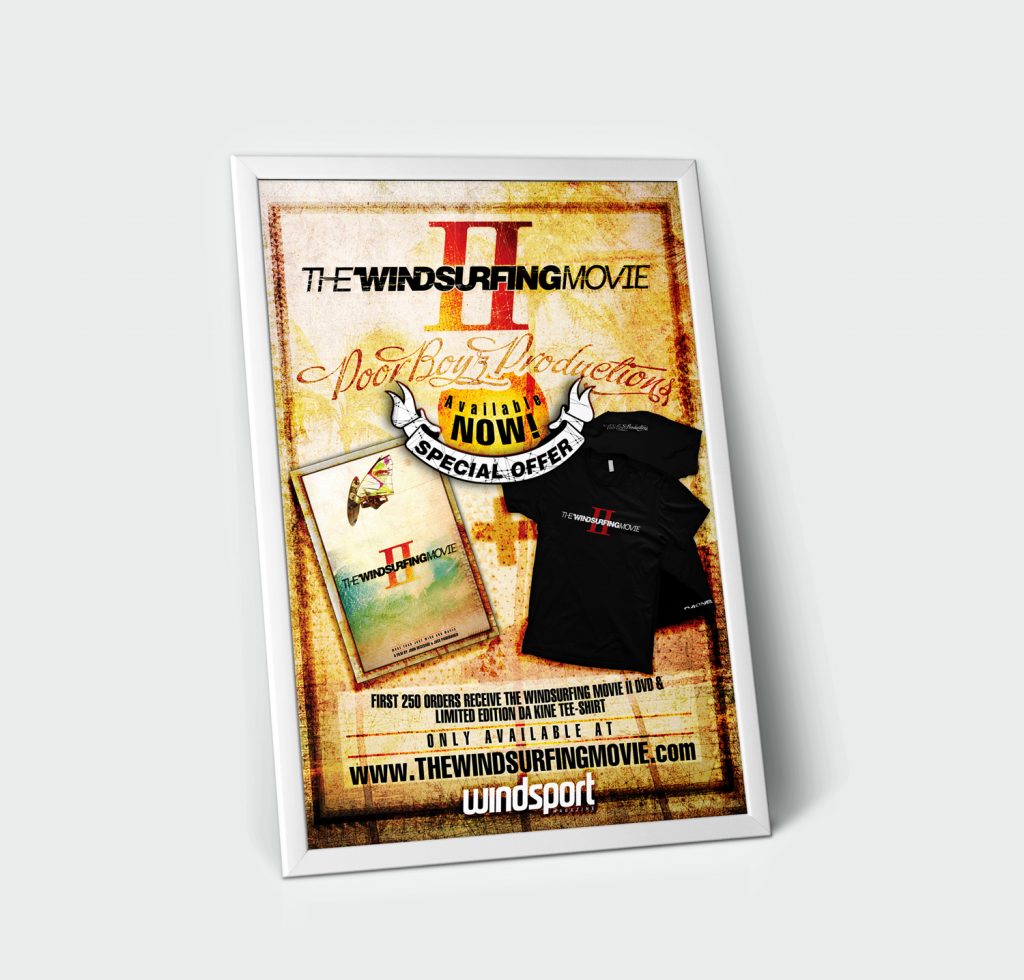 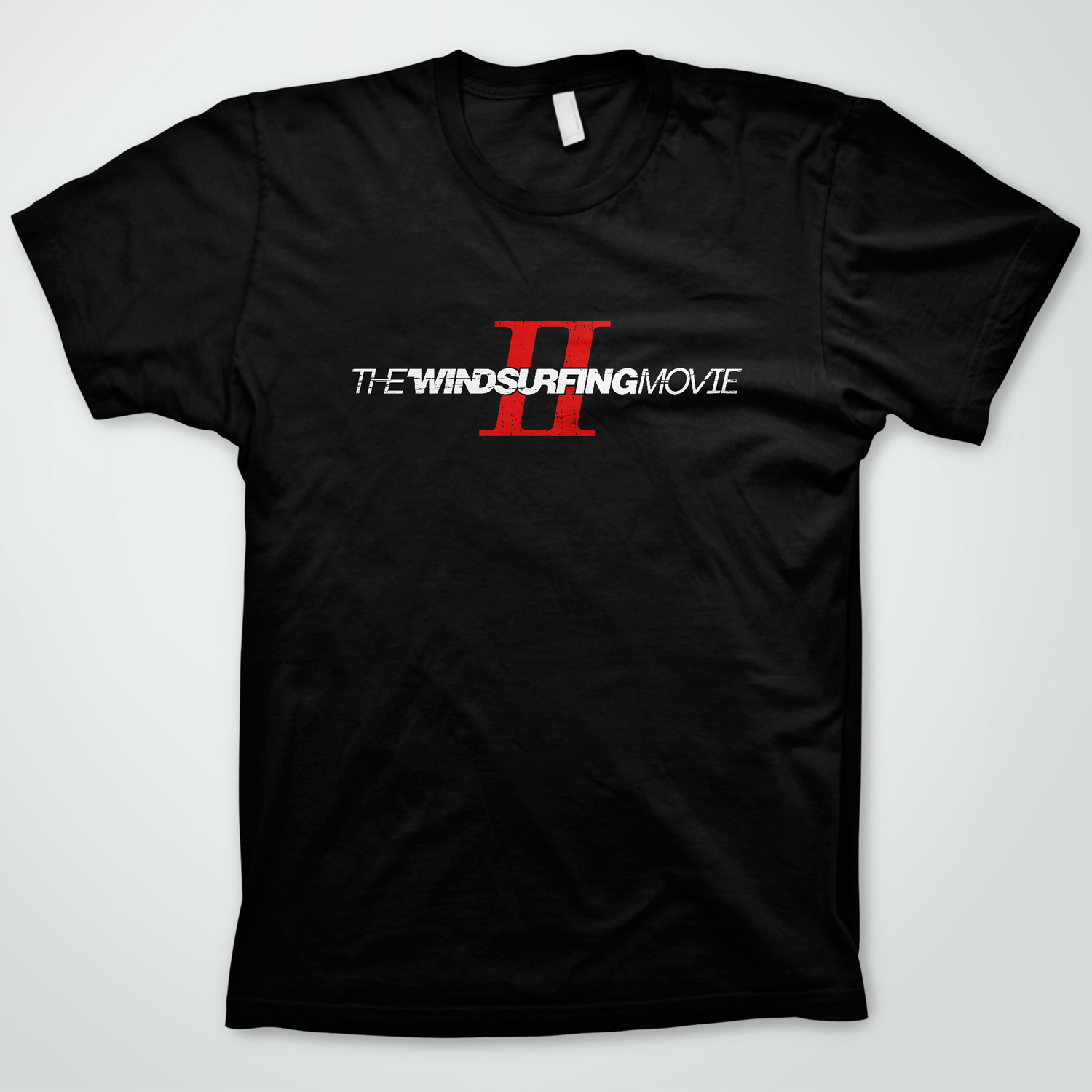 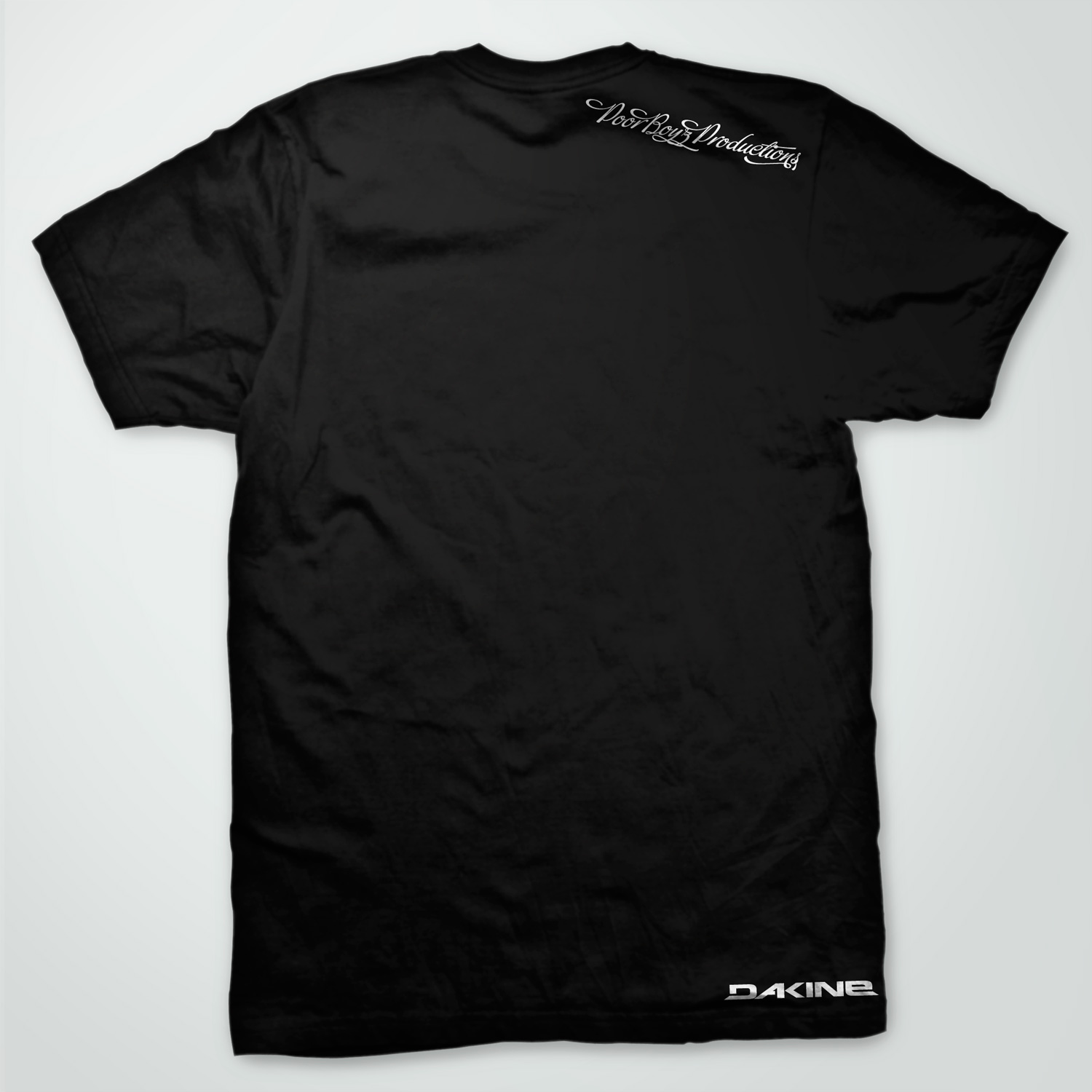