Maui Cultural Lands is a grassroots land trust organization with a mission to stabilize, protect and restore Hawaiian cultural resources.  Edwin “Ed” Robert Naleilehua Lindsey Jr. and his wife Puanani established Maui Cultural Lands as a nonprofit organization in February 2002. Ed Lindsey had the goal of bringing in the people of Maui, both residents and visitors, to help with the restoration of Honokowai Valley. In this verdant archeological site, you can feel the presence of those who were here before us, working alongside you, weeding, digging, planting. As you pull the invasive vines away from the fronds of a tiny koa seedling, you may learn how the ancient Hawaiians used this all-important tree to build their mighty canoes. Since Ed’s passing in 2009, Puanani and Ed’s eldest son, Edwin “Ekolu” Lindsey III, carries on the work of Ed’s legacy.

Ekolu approaches us with the need to update the look of their website which had become noticeably outdated since it was first launched in the early 2000’s. Our goal was to create a website based on a wordpress platform which presents a powerful message in terms of images, resources and the call to action for volunteers and support. We also wanted to provide a design which was timeless, clean and intuitive to navigate. After visiting their corner stone project in the Honokowai valley and seeing the remnants of an ancient Hawaiian culture we also felt it was very important to include a resource for all of the native plant species that MCL has been propagating in the soils that had become overrun by invasive species such as coffee which remained from a bygone industry. 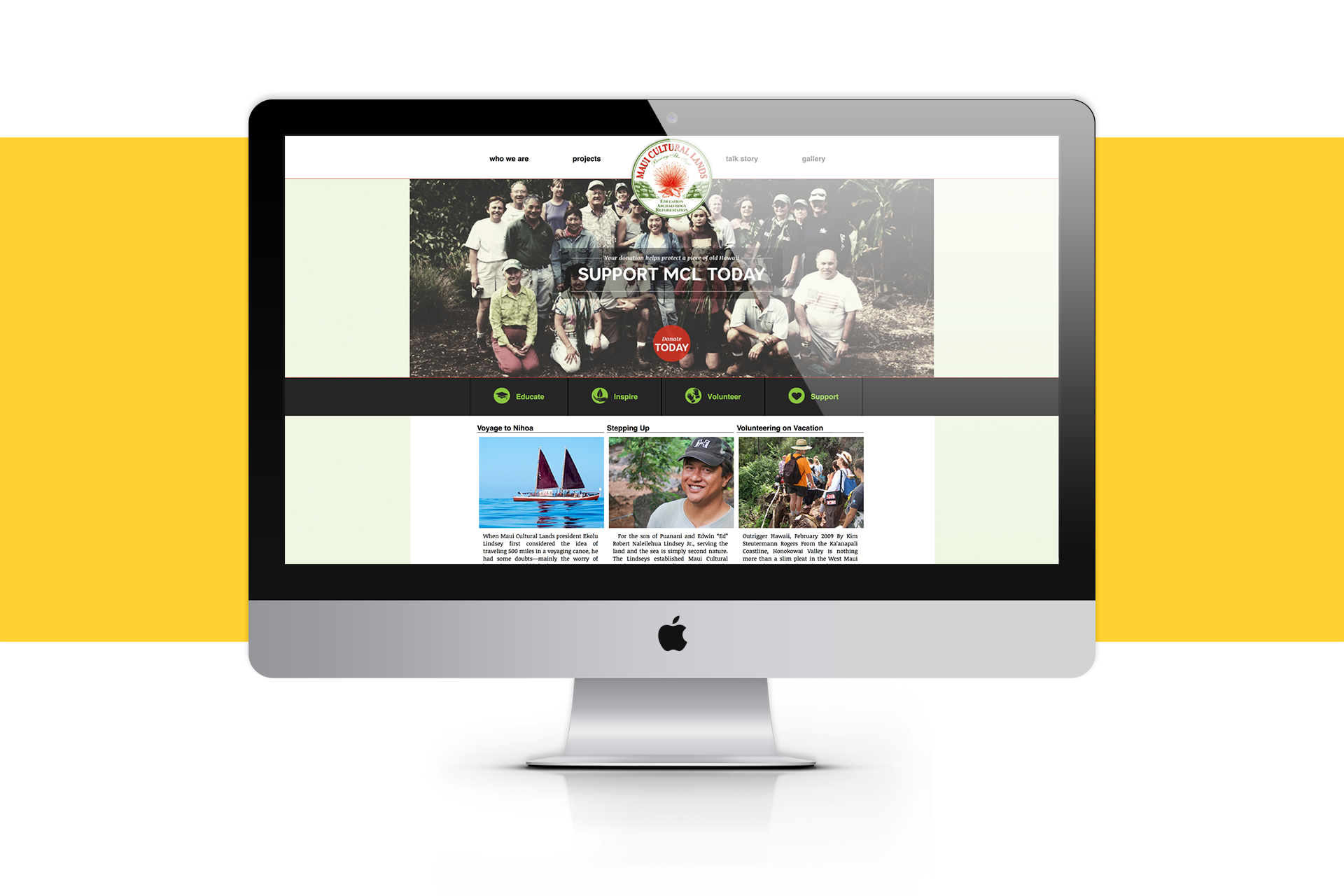 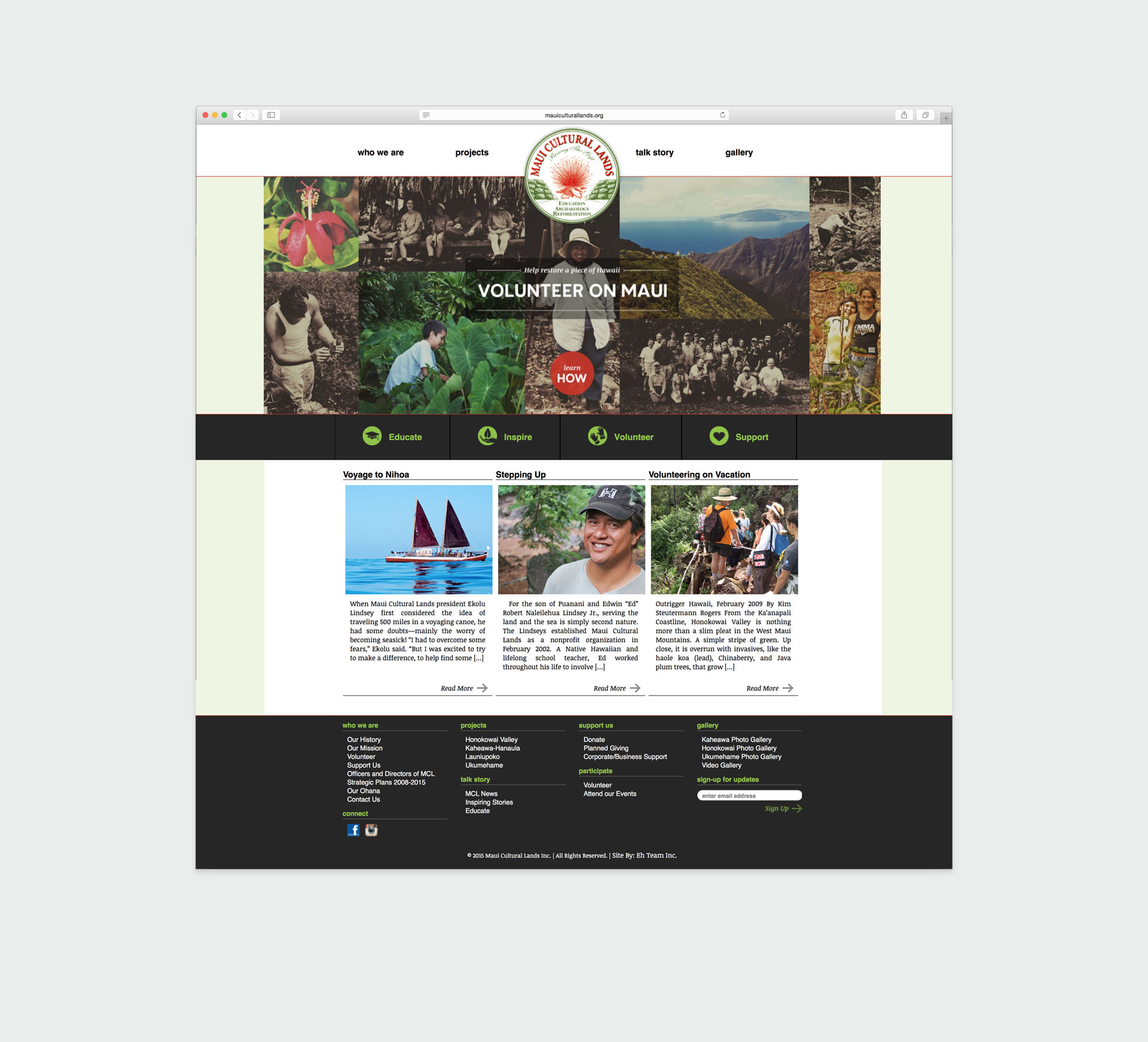 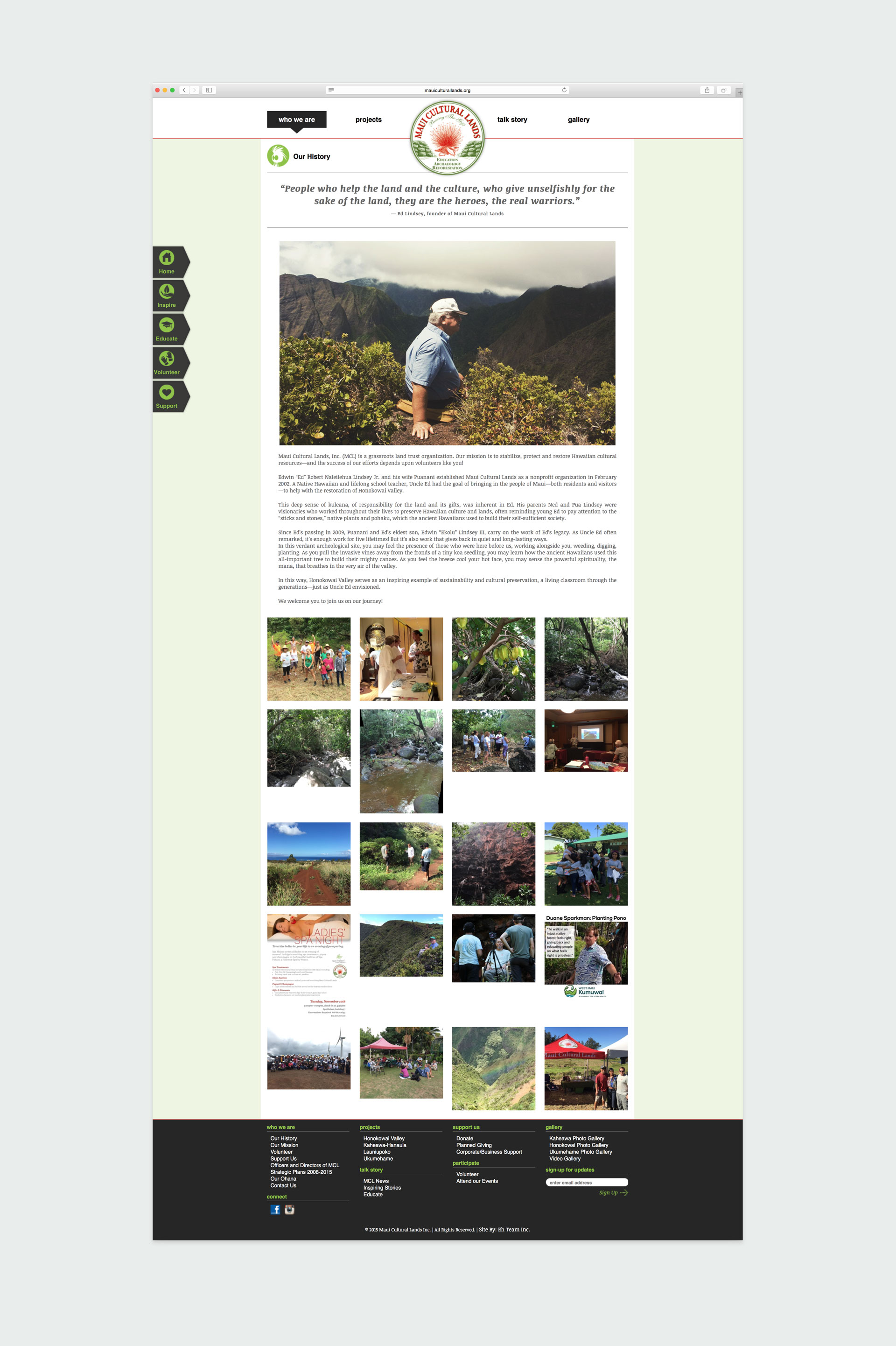 Our primary goal is to reforest Honokowai Valley and the Kaanapali area with native and endemic Hawaiian plant species. 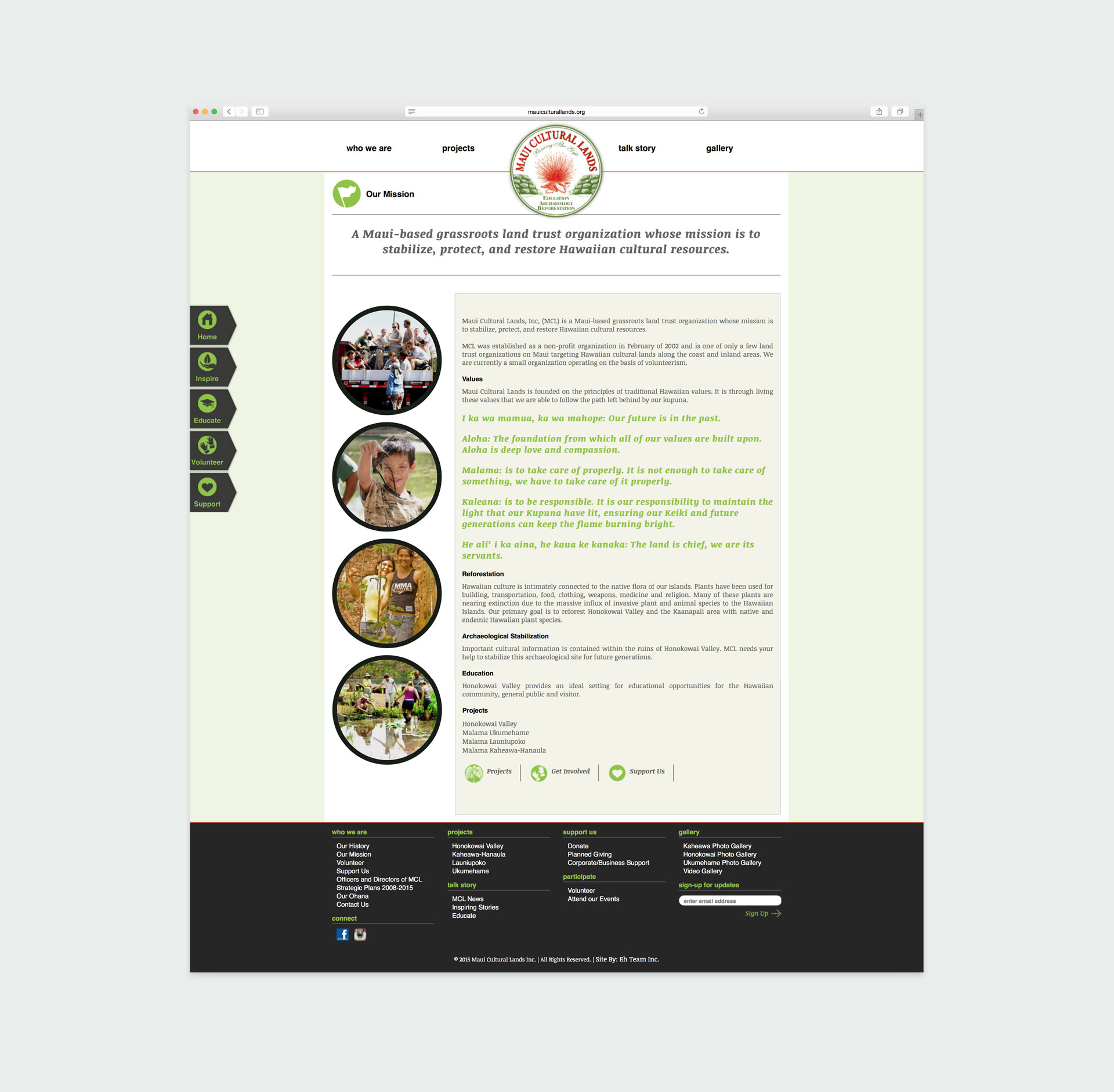 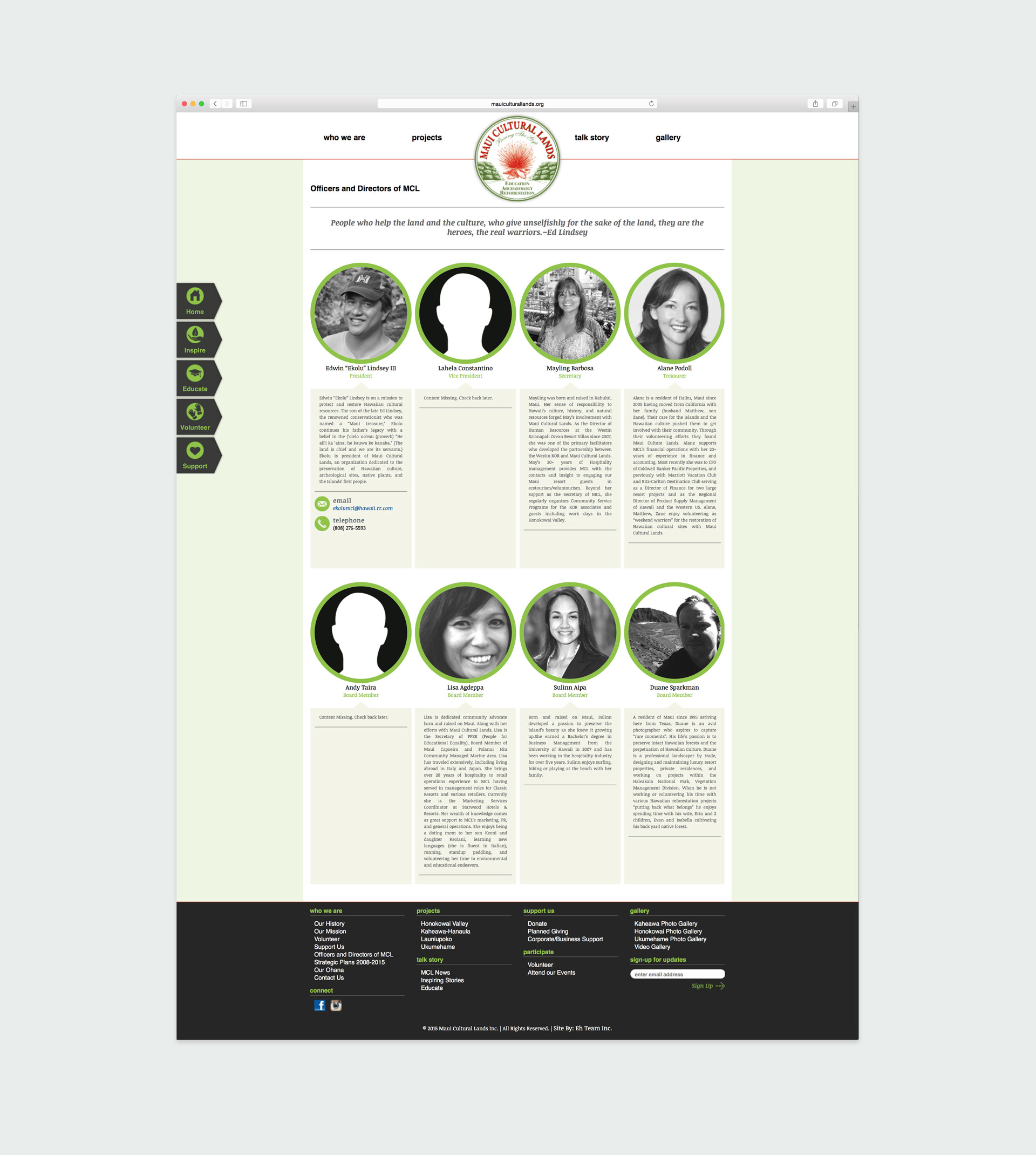 “People who help the land and the culture, who give unselfishly for the sake of the land, they are the heroes, the real warriors.” 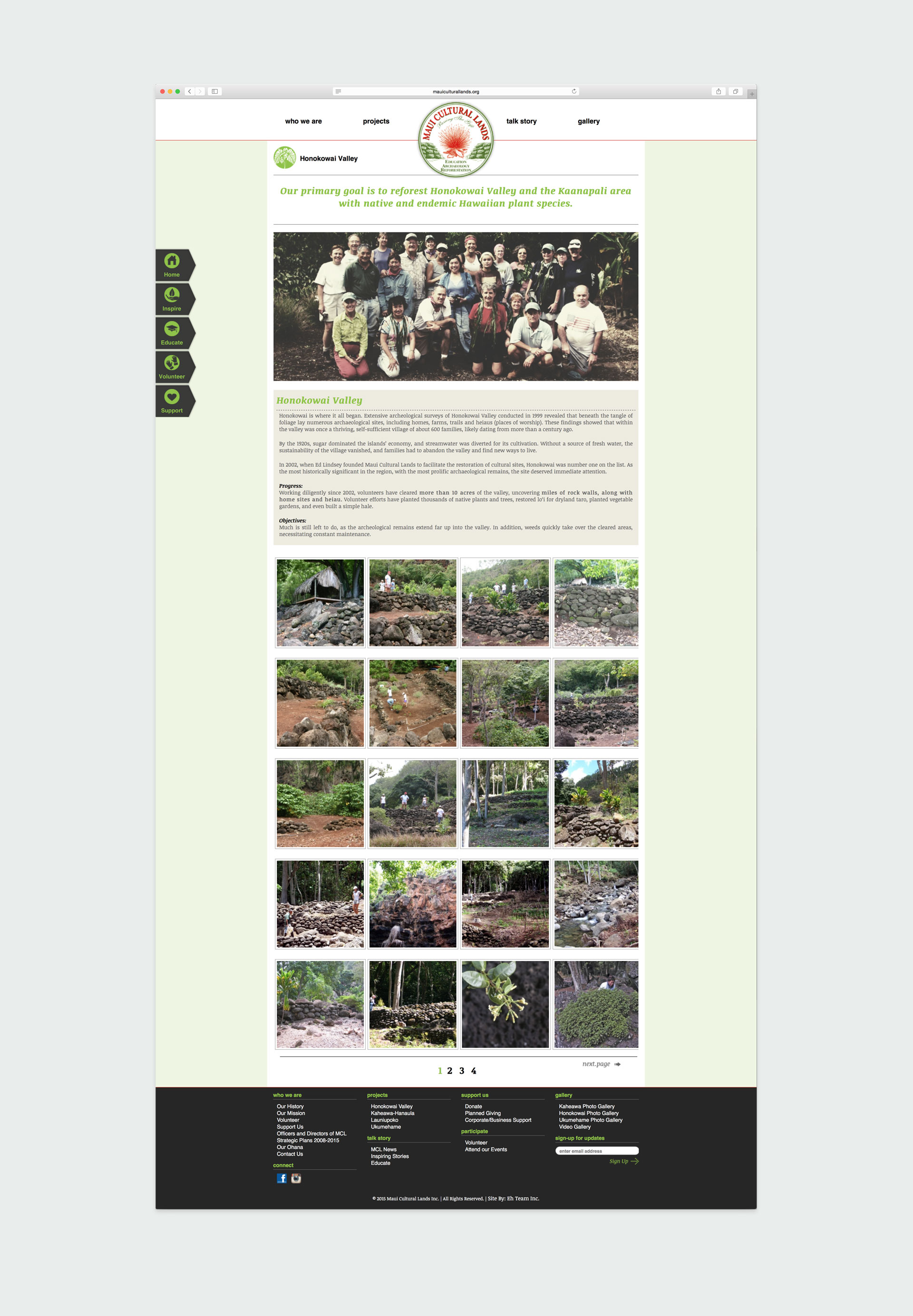 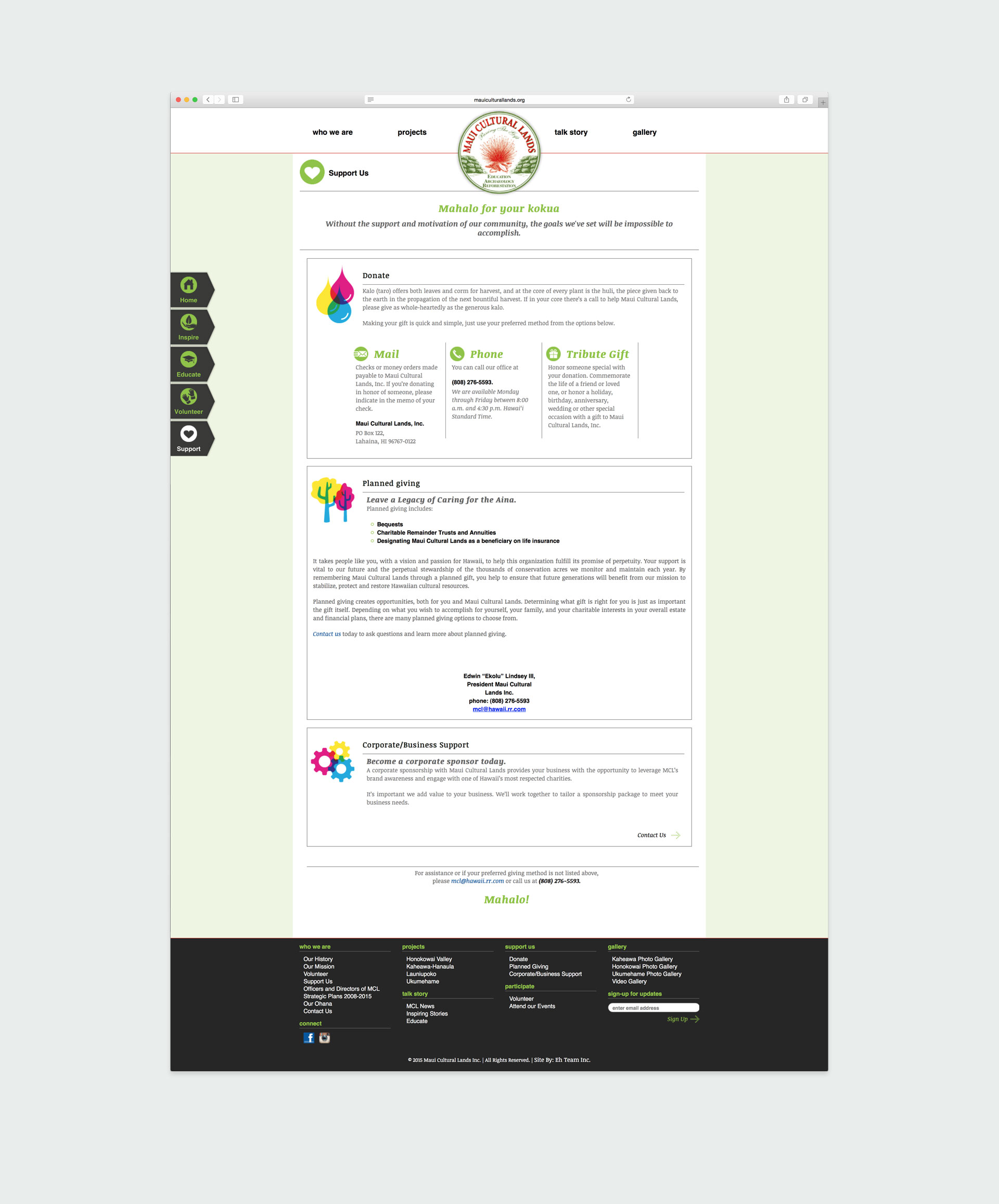 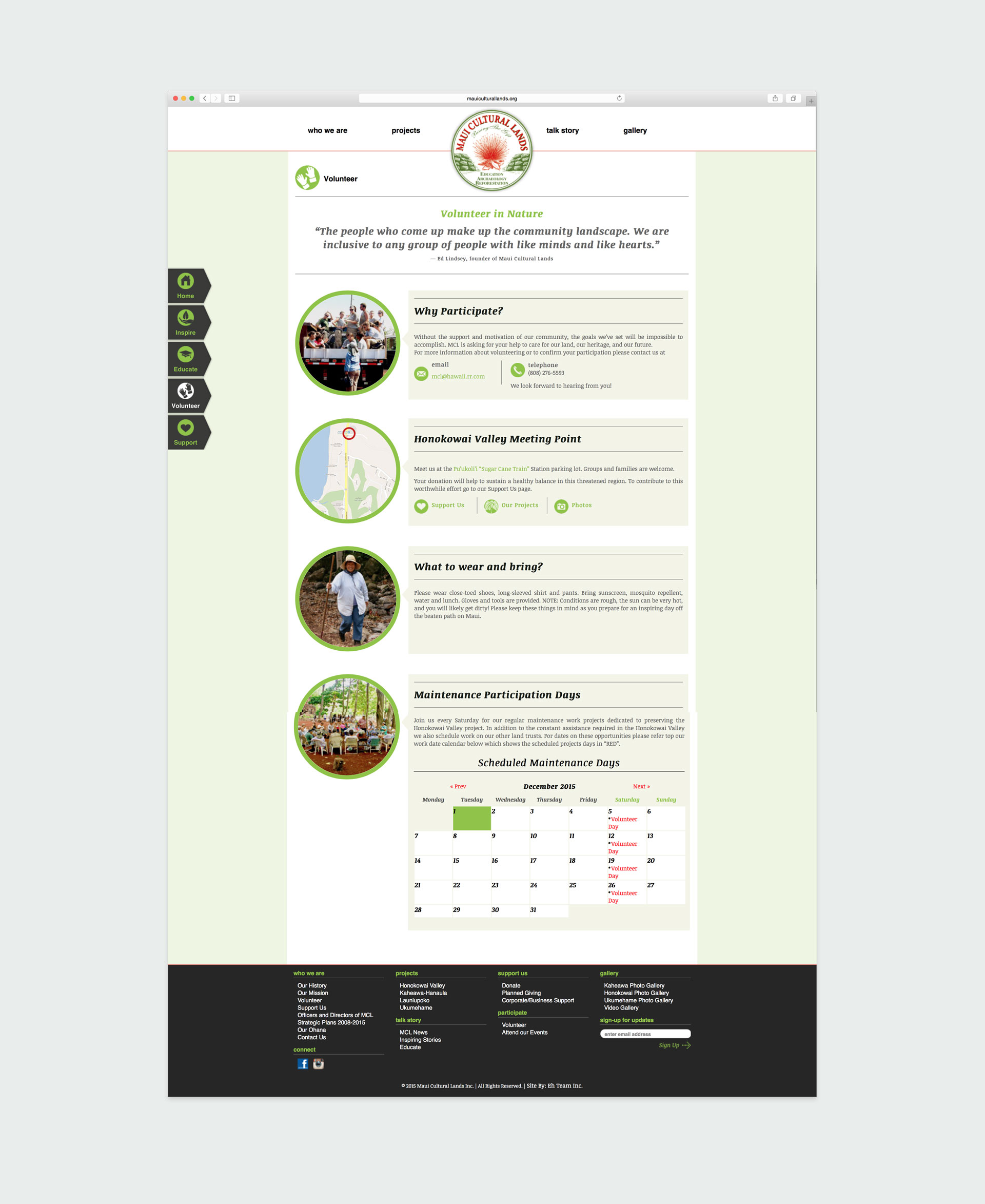 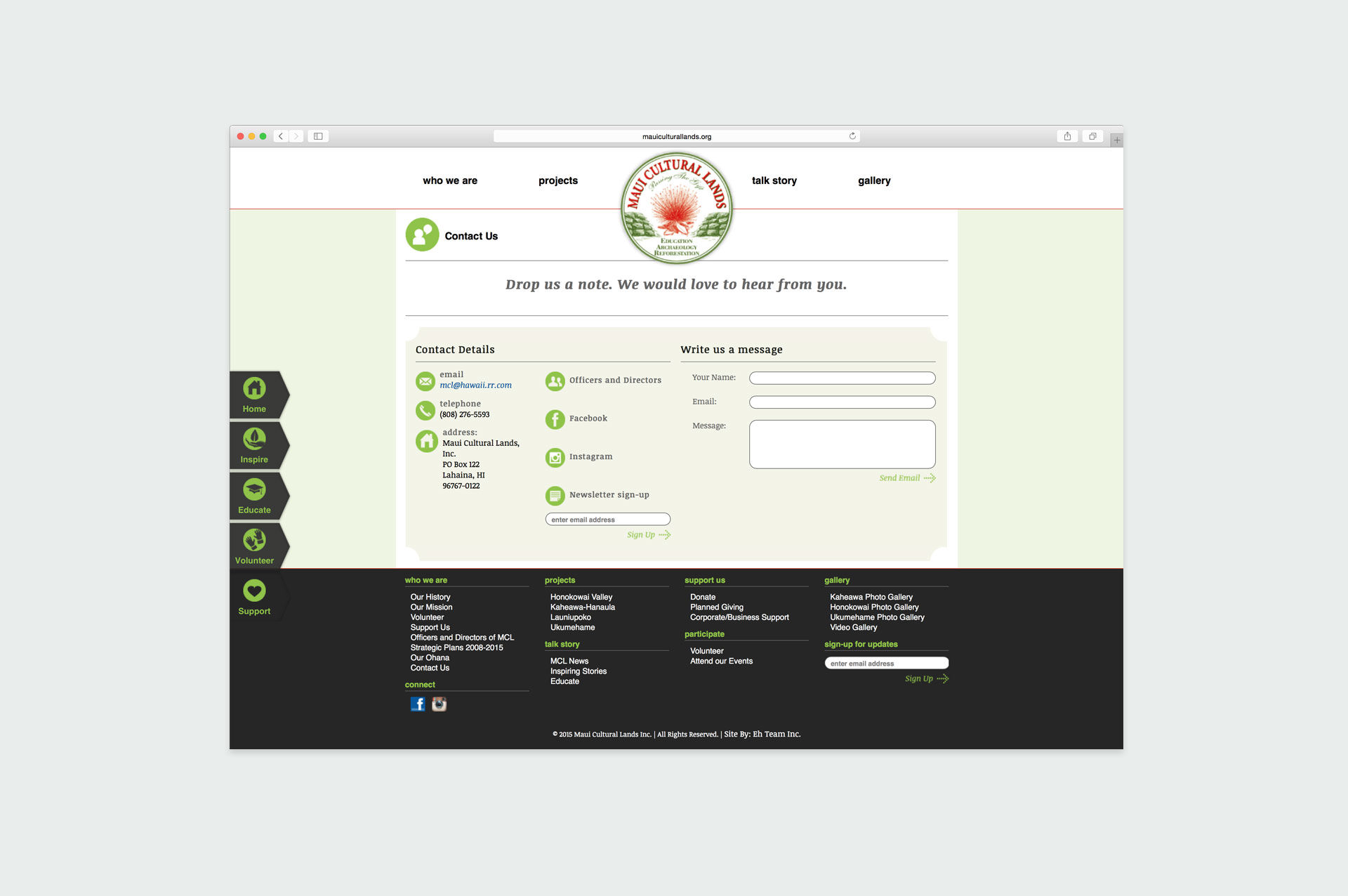 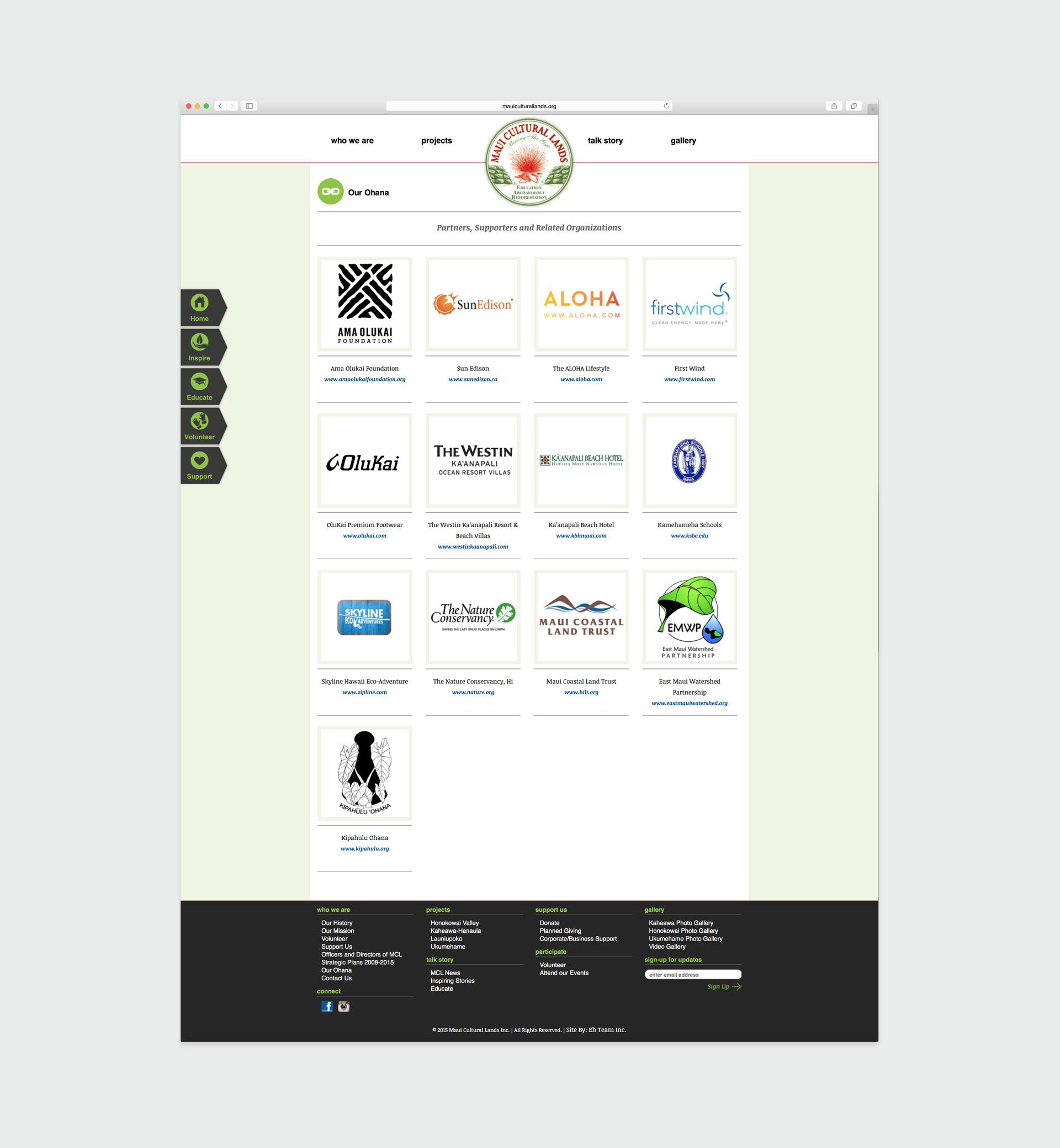 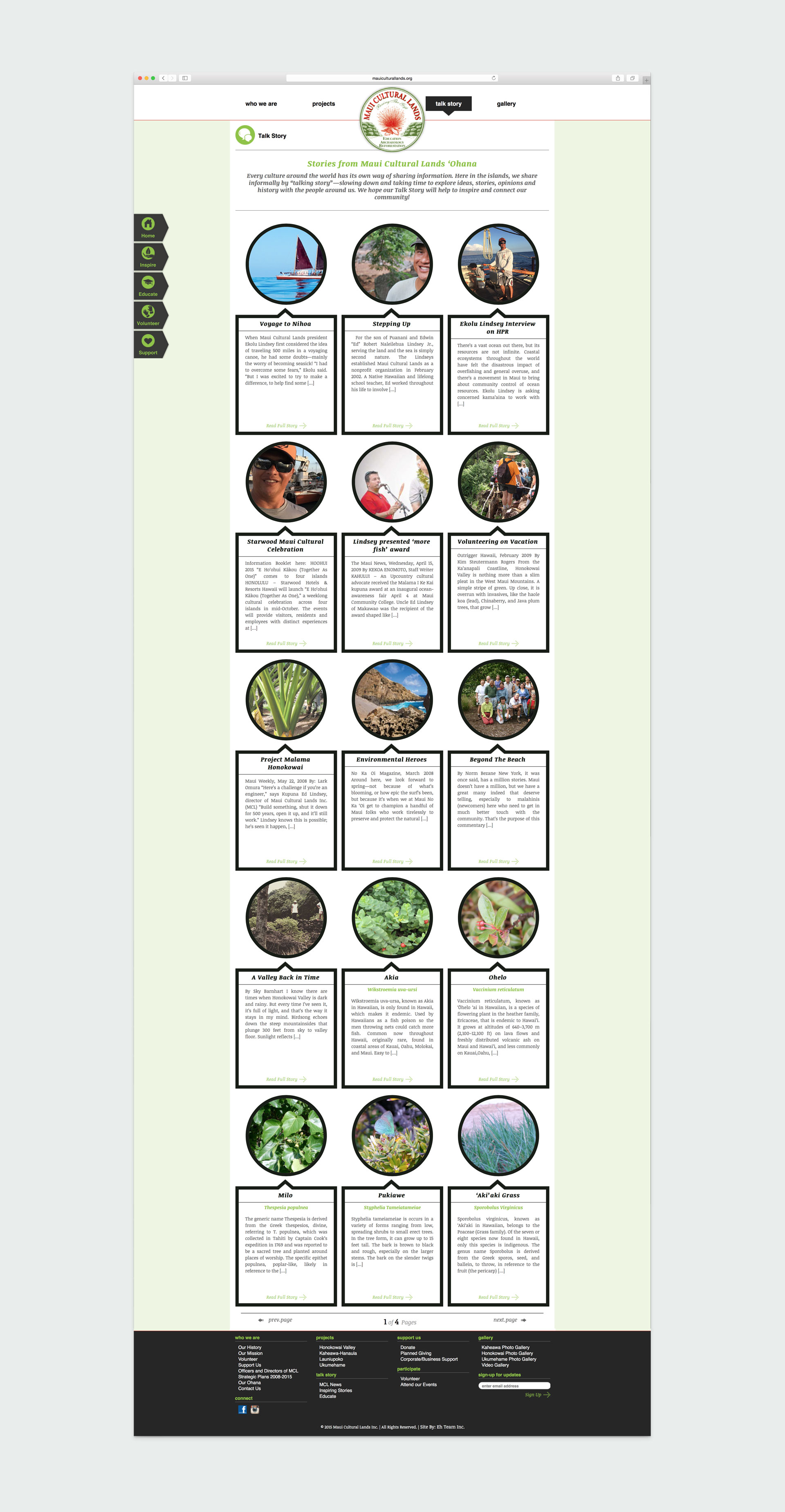 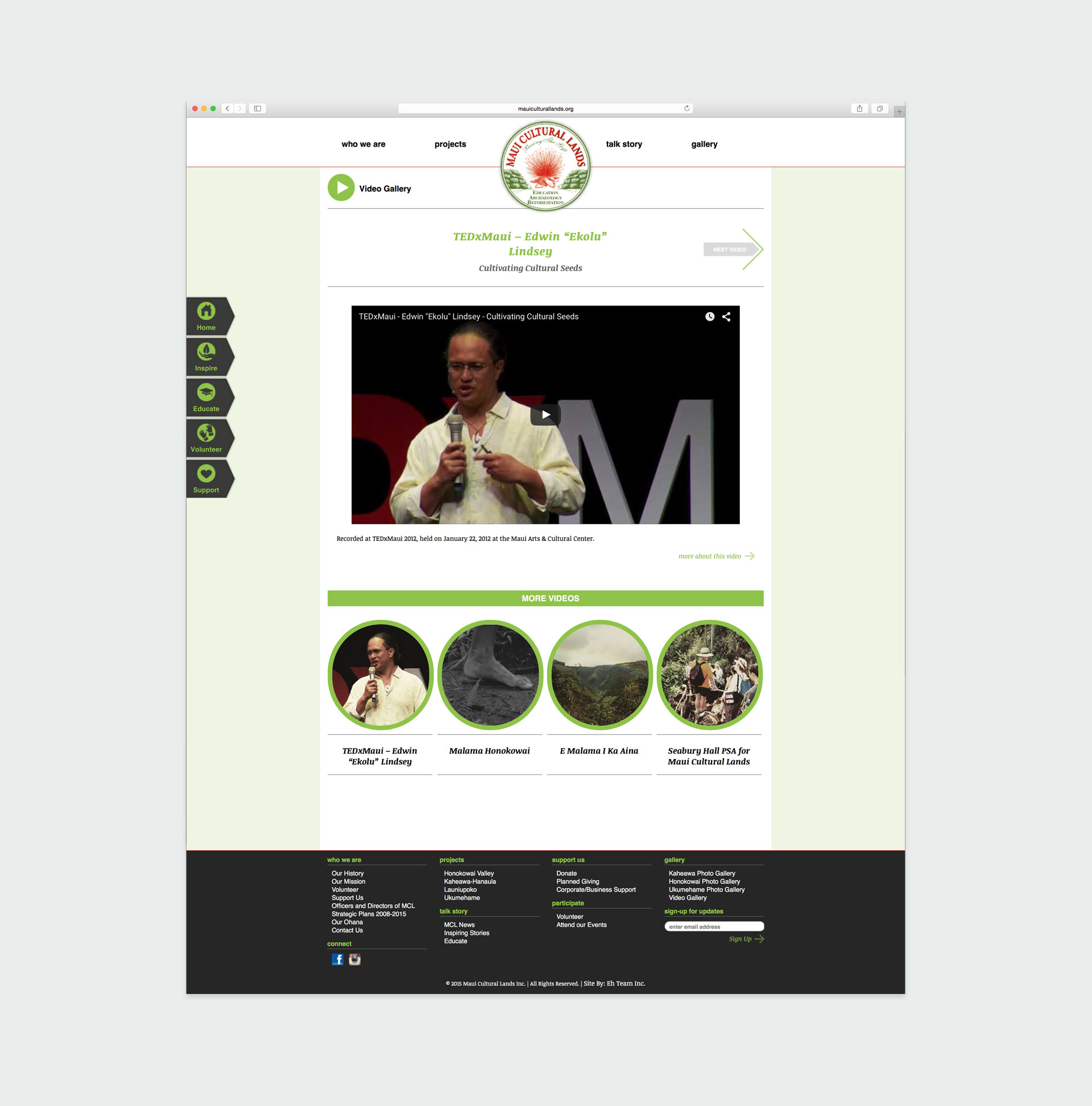 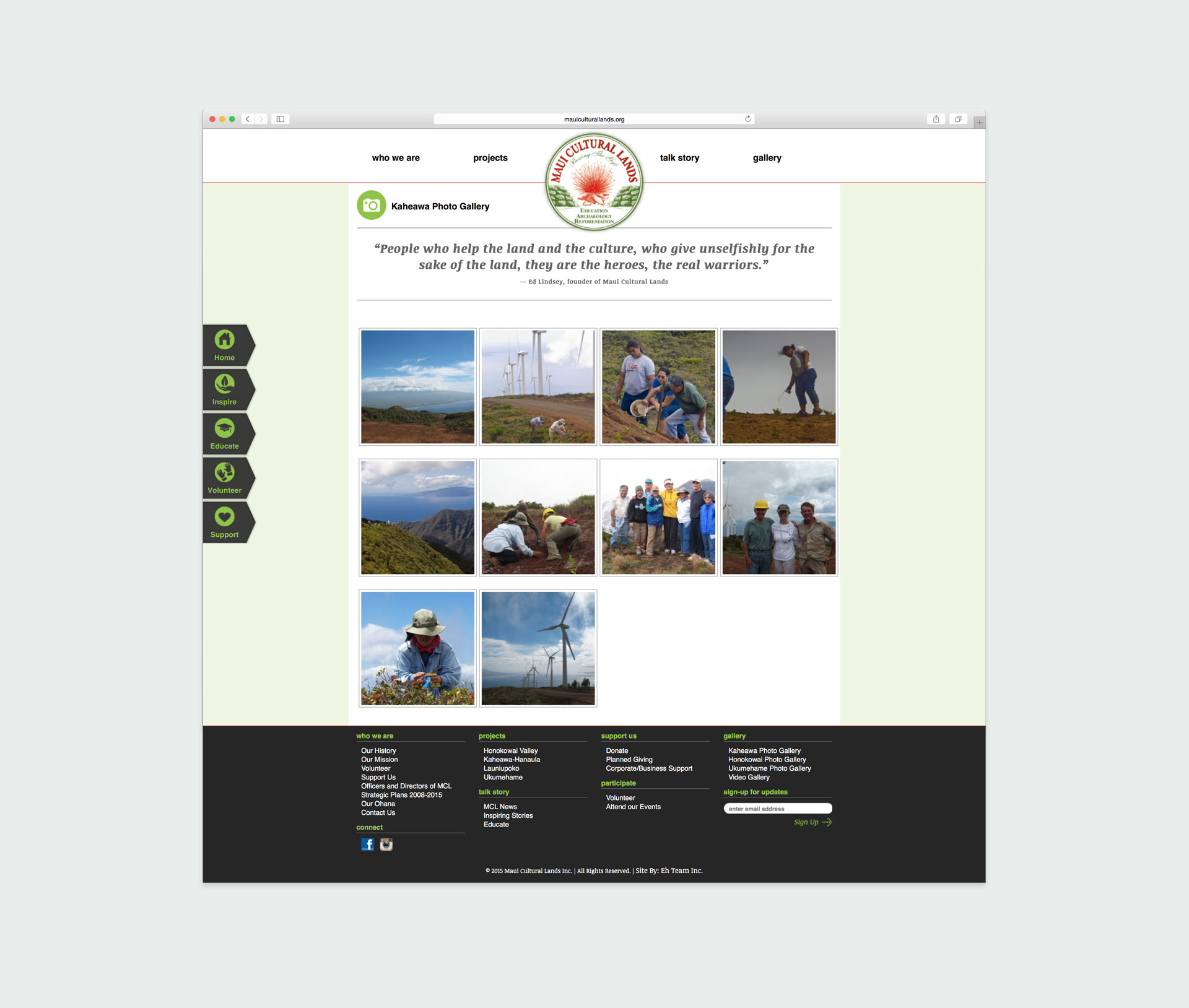 “If you malama (take care of) the land, the land will come back and take care of you.”